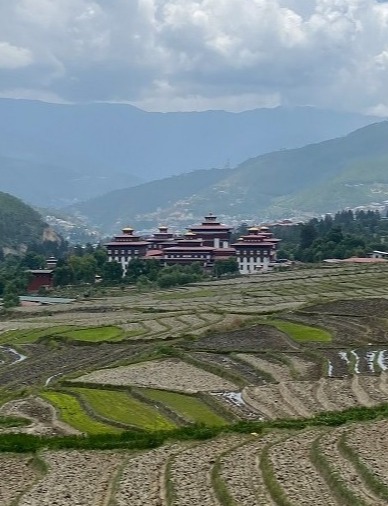 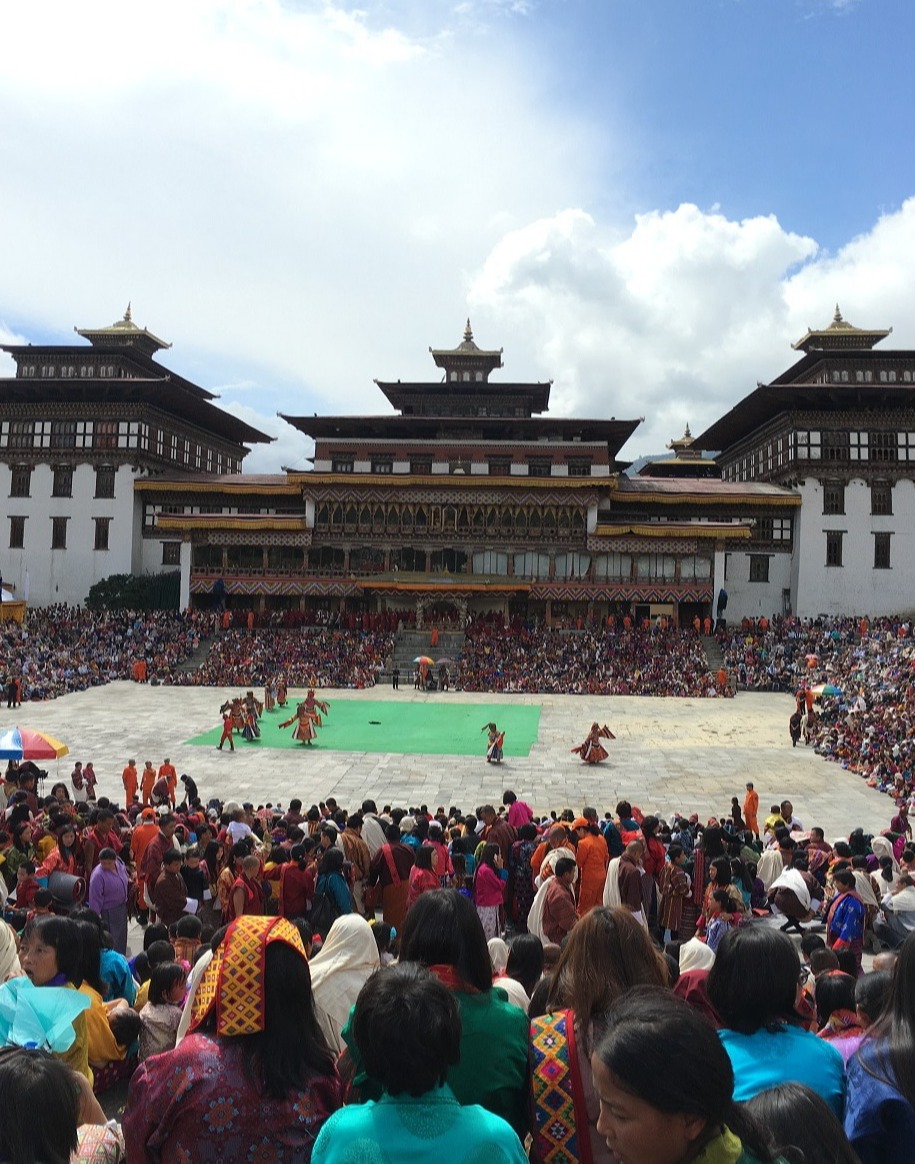 The Thimphu Tsechu in autumn is another major tourist attraction. The festival is held from 10th to 12th of the Seventh Month of the Bhutanese Calendar every year. The dzong is packed with both Bhutanese and tourists for the four days of ritual dances. Bhutan’s chief abbot often presides over the ceremonies attended by senior officials of the royal government. The Thimphu Tsechu was established in 1670.

Day 1:
Dance of the Four Stags (Sha Tsam)
A dance that depicts Guru Rinpoche subduing the God of Wind who is believed to have created unhappiness on earth. Dancers d ress as stags in yellow knee length dress and masks of the deer. The stag represents the mount of the God.

Dance of the Three kinds of Ging (Pelage Gingsum)
A dance signifying the subjugation of demons that are obstacles to religions. It takes place in Zangtopelri - the heavenly palace of Guru Rinpoche.

Dance of the Heroes (Pacham)
A dance to lead believers in the human world into the presence of Guru Rinpoche.

Dance of the Stags and Hounds (Shawo Shachi)
The dance tells a favourite tale of Milerepa who converts a hunter to Buddhism.

Dance with Guitar (Dranyeo Cham)
A dance to celebrate the spread of the Drukpa lineage into Bhutan. Dancers carry swords and are dressed in a circular headdress, with heavy woolen clothes, boots, and a black skirt and a yellow shirt topped with a dark coat. A lead dancer carries a traditional guitar, the dranyen.

Day 2:
The Black Hat Dance (Shana)
The black hat dancers assume the role of yogis with the power to subdue and create life. The dancers wear brocade robes, wide brimmed black hats and aprons with the face of a protective deity. This is an important dance that is also used in purification ceremonies during the construction of dzongs, temples, chortens.

Dance of the 21 black hats with drums (Sha nga ngacham)
A dance to signify the victory of religion over enemies. The sound of the drum represents religion itself.
Kyecham is an accompanying dance to the following dance, Pholeg Moleg. In Kyecham, the dancers wear knee-length yellow skirts, and animal masks.

Dance of the Noblemen and the Ladies (Pholeg Moleg)
A comical play that depicts the life of King Norzang. The play is full of bawdy and rustic humour as two princes and two princesses, and old couple and clowns enact a story of misbehaviour, deceit, and mistrust. The story ends happily with the princes marrying the princesses and reconciliation takes place as a lesson to life.

Dance of the Drums from Dramitse (Dramitse Ngacham)
A dance inspired in meditation. The dance is a vision of Guru Rinpoche and Zangdopelri, his celestial palace. Here, Guru’s attendants are transformed into hundreds of peaceful and terrifying deities. The dance originated in Dramitse Monastery in eastern Bhutan and is considered a Bhutanese heritage.

Dance of the Stag and Hounds (Shawa Shachi)
This is a conclusion of the dance began on day one. The saint Milarepa appears in a long white dress and converts the dogs, stag and the hunter with a song. The conversion is symbolised by the hunter and his dogs jumping a rope.

Day 3:
Dance of the Lords of the Cremation Grounds (Durdag)
A dance that takes place in cremation grounds. The dancers wear skull masks and represent protectors of the religion who live in the eight cremation grounds on the periphery of the symbolic Mt. Sumeru.

Dance of the Terrifying Deities (Tungam)
Dressed in beautiful brocade and terrifying masks, this is a deeply symbolic dance where a sacrificial murder is performed. Guru Rinpoche appears in a wrathful manifestation to save the world. The dance is meant to show all beings the way to salvation.

Dance of the Rakshas and the Judgement of the Dead (Ragsha Mangcham)
This dance is based on the Bardo (Book of the dead). When beings die they wander in an intermediate state known as the bardo. They have to cross the bardo to meet their judgement by the Lord of Death. Also present is the white god and black demon who have been with every being from birth. The dance is like a play which depicts the judgement of a sinner and a virtuous man who goes to heaven. The rakshas are the lord of death’s helpers.

Day 4:
Dance of Tamshing in Bumthang
A dance composed by Bhutan’s treasure discoverer, Pema Lingpa, for the consecration of the 16th century Tamshing monastery. When the dance is performed, it appeases all the demons on earth and the Gods rejoice.

Dance of the Ging and Tsoling (Ging Dang Tsoling)
Guru Rinpoche initiated this dance during the consecration of the ancient Samye Monastery in Tibet. The dance is a purification ceremony. People whistle to chase away bad spirits. The ging, dressed in orange skirts and a terrifying mask, use their drumsticks to hit everyone on the head to drive out impurity. The tsoling represent protectors of the religion and are dressed in long colourful dresses and terrifying masks.

Dance of the Eight Manifestations of Guru Rinpoche (Guru Tshen Gye)
This dance is one of the highlights for Buddhist practitioners. The Guru appears in eight different forms in a dance that is also a play.
After all eight manifestations appear, 16 fairies sing and perform two dances in front of the Guru. The fairies are goddesses of offerings who bring happiness. They are dressed in brocade dresses with carved bone ornaments. After these final songs, the manifestations go out in a long procession.